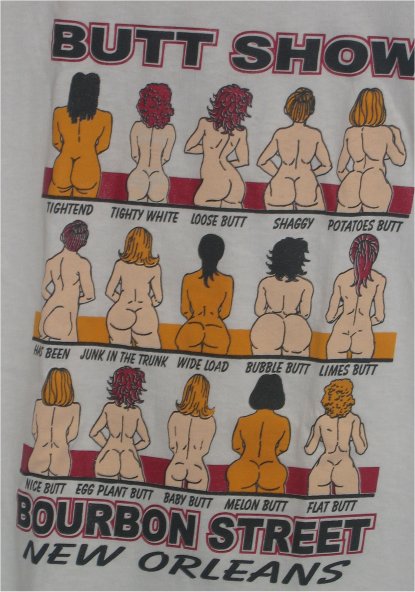 I remember I once read this short story where this guy would break into women’s houses and go down on them. And even though it was creepy women waited to be his next victim. Well, this guy in Valentine, Nebraska decided that he wanted to surprise people in a different way. The man used his backside to vandalize the town since 2007! This mans booty has touched more windows than windex! This 35 year old man was caught on Wednesday and arrested although he hasn’t been charged yet. He’s probably going to get off, literally and figuratively, with a small case of public indecency and vandalism.

His method was to get his booty all oiled up with lotion or petroleum jelly and put his imprints on the windows of businesses. His proudest moment was getting all the windows done on a local hotel. Can you imagine waking up in the morning and coming to work wondering what those heart shaped imprints are. Imagine touching it before you realized what it was. GROSS! Is this a slight variation of exhibitionism? Exhibitionism as described in the DSM-IV is the exposure of one’s genitals to a stranger, usually with no intention of further sexual activity with the other person. In some cases, the exhibitionist masturbates while exposing himself (or while fantasizing that he is exposing himself) to the other person. Some exhibitionists are aware of a conscious desire to shock or upset their target; while others fantasize that the target will become sexually aroused by their display. So, if we use these facts about exhibitionism would it be wise to say that he got off with the idea that he was upsetting the business owners by leaving them “tokens” of his love?

The County’s Attorney said that this isn’t normal behavior for Valentine, as if this is normal behavior for other places. I don’t care where I go, seeing booty imprints on the damn window is not normal. It’s even more abnormal for people to be copying the Butt Bandit! Before they caught the culprit the Valentine PD thought it might have been the work of some copy-cats, now after catching him, they decided it was solely him.