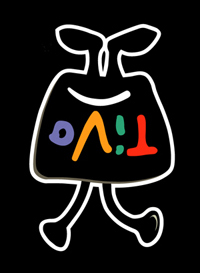 Blazing across the internet the past day or so are articles/blogs in response to a CNN article asking, ‘Are you afflicted with ‘Tivo Guilt’? Now, I have no problem with this question, in fact it might be valid, however what they define as TiVo guilt, which we will now refer to as DVR guilt because thats what I call it and TiVo isn’t anything more than a brand, isn’t what I would define as guilt.

The article says that DVR guilt comes from providing users with more than they can watch, and is “turning a joy into drudgery.” Apparently its the age old problem of biting off more than you can chew. With the option to now record shows, sometimes two in the same time slot people are recording shows that they have no intent to watch. OR even if they do want to watch them, they don’t have time to because they’ve let them pile up. And this leads to TV watching now becoming like homework. And apparently this is something that has been around since the ever growing popularity of DVR because a “quick Google search offered articles using the phrase.” OK. Google has articles on everything, so I don’t think that is a valid source. I can Google jdkslau and get six articles more than likely.

So apparently having infinite choices and infinite “opportunity costs” is a bad thing when it comes to TV watching. When people record all these shows, they feel GUILTY about deleting them without watching them. I find this to be horribly stupid. DO you feel guilty when you stop watching a show, especially if it became uninteresting? Usually, no. But now that you’ve set your DVR its a problem? Wow. Guilt.

Now, let me tell you my definition of DVR guilt. Many have said that DVR usage has hampered with TV ratings. It was said that if you record something it only gets counted if you watch it within 24 hours of the original airing. That provides a problem for me. I very rarely do that. So, it sucks when a show that I really do like, and watch avidly and I know other people do too, gets canned due to ratings problems. That makes me feel guilty. I like to let shows pile up and watch them all later, like a rainy Sunday afternoon I can watch 4 episodes of Grey’s Anatomy. Or perhaps Gossip Girl. I didn’t start watching that show when it first premiered, so while I caught up with the previous episodes online I let my DVR do the work of recording the new ones. By the time I was caught up with those I had all new ones waiting for me. Sometimes, waiting for the next week is nerve wrecking, which I felt this season waiting for each new episode of True Blood.

So I guess the answer is yes, I do suffer from ‘TiVo Guilt’. I am guilty of contributing to the downfall of wonderful television programming. Perhaps TV monitoring should work on that, for instance I think DVRs should count as a person watching. I mean, technically I guess I am “tuned” in.