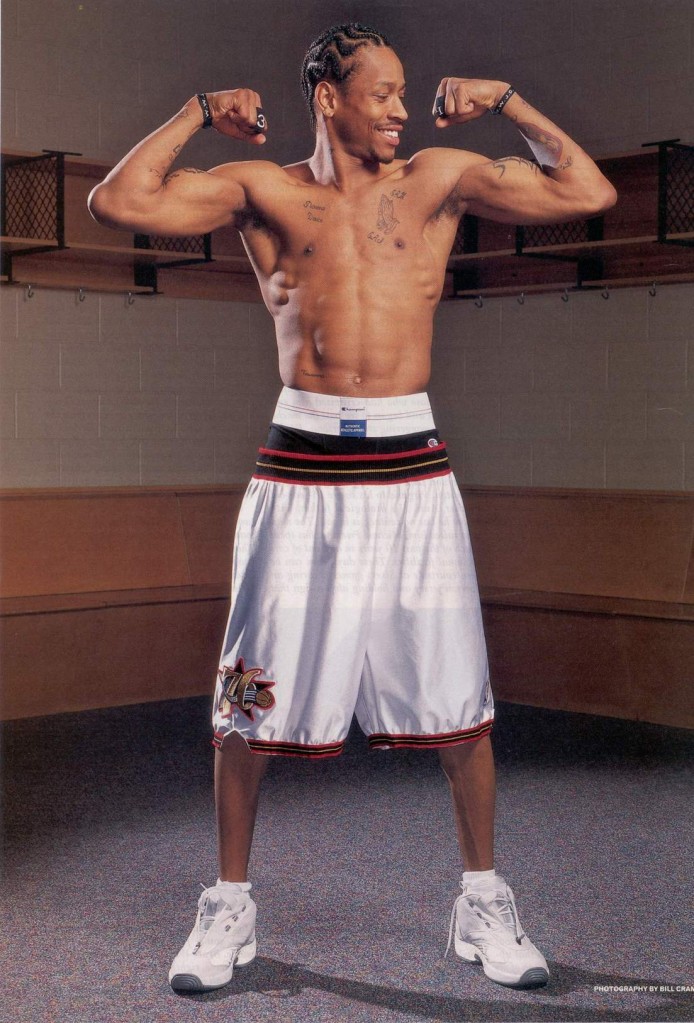 In all my teenage glory I used to be an avid droolee fan of Allen “The Answer” Iverson. My high school years were full of Sixers Jerseys and Cleo Iverson written in notebooks. I thought he was just the best thing since sliced bread. I watched every playoff game, Olympic game and All Star game that featured my future husband. My best friend also had a crush on him too, and we could both lament over his sexiness.

Fast Forward a few  years and the Allen Iverson of today is merely a shadow of the man he used to be. I came across an article question whether AI would be signed next year as he enters free agency due to his last failed attempts at leading other teams.  I would love to say, “Sure why wouldn’t he?” gloating on his greatness as a player but unfortunately as I got older (and my lust for him died down) I didn’t follow his career as much and unfortunately I heard more critiques of him than praise on television. He was accused of being a ball hog and a sore sport among other things which have led to his demise.

I question, why is it OK for Kobe to be a ballhog but not AI? Is it because the league leaders fancy Kobe as the second coming of Jordan? (oh wait, that was BEFORE Lebron came along). Is it because Kobe’s antics don’t prevent his time from living up to the glorious Laker legend? Or is it because his coach wants him to be that way? I don’t know, nor do I care so much to figure it out because I’m a bit of a Kobe hater, but either way, we all know that its all a matter of media perception and if Kobe can survive a huge rape trial what’s Iverson’s problem? Is it the same problem the NBA/Media has with Marbury. They are assholes. They aren’t as charismatic as people perceive Kobe to be. Is it fair to him to lose his thunder because he can’t play well with others? Yeah. In case Iverson forgot bball is a team sport, which I guess is the one thing Kobe sometimes reminds himself.

I do feel bad for Iverson. It sucks to fall so far from glory. I mean, after the Sixers he failed tragically at Denver & Detroit (double D’s!!!) and now he risks not being signed at all and with his famous attitude I don’t know if he’d even line up an announcer position, what would he do next?

I’ll tell you what he needs to do. Get his goddamn act in gear. Be the player you used to be. Realize that not all critique is bad. You many need to fall back and be a support player to be able to come back to fame.  A good leader knows when to follow and he needs to adopt that mantra. If Robery Downy Jr. can comeback and Chris “The Birdman” Andersen can come back after leaving for a drug binge for 2 years, you can have an attitude adjustment. I mean seriously, if you love the game (and I know you do AI)  you’ll suck it up.

How bad is it that the article’s author has said that he wouldn’t even select AI for his pick up basketball game because of his ball hogging! It just goes to show, attitude is everything. Ok, I’m done my rant, which may not be totally accurate or concise, but it was how I was feeling after I read the article.