Since I’ve been able to vote I’ve been exteremely aware of my elected officials. I’ve voted in every election that I was able to and always encouraged my friends to do the same. Yesterday was the NJ gubernatorial race, and the two candidates (because independents don’t reeaaaalllllyyy count) were John Corzine (the incumbent) and Chris Christie. Well, I cast my vote proudly for John Corzine on my lunch break. 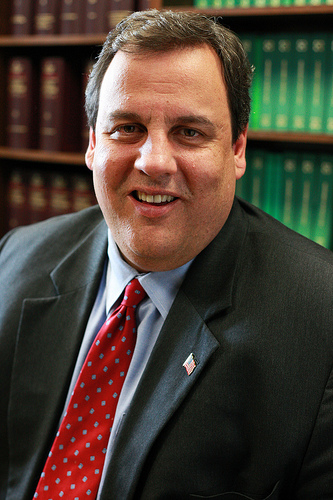 I don’t really check the polls until they are all tallied, and after the tally, Christie was elected the next Governor of my great state. Frankly, I’m definitely disappointed in the low voter turnout in NJ, when so many people claim to be upset with the Status Quo. If you have a problem, use your voice! This is what the nay-sayers have done. They used their voice and voted for whom they thought was right. Unfortunately,  I don’t feel that Christie is the right candidate and it has nothing to do with his political party!

He makes claims that he wants to fix the state budget and he has a problem with unions, like the Teachers Union. So pretty much, he will fix the budget on the backs of our teachers, seniors programs and children. And everyone is up in arms about property taxes going up during Corzine’s term: NEWSFLASH- Governors aren’t responsible for your property taxes, thats your county government. Another election you people have skipped out on!

If people can remember the last Christie in NJ politics, also a republican, you’d remember that she put us into a giant Hole. She never funded the State workers Pension Fund. She left this State in Shambles. she single-handedly did more fiscal harm to NJ than any other NJ Governor When Corzine was elected, he was in a hole so deep that he had to cut 5 Billion out of the State Budget. He also removed 50% of the tolls on the Garden State Parkway. People are saying they want a change in NJ, the Soprano state, well you’re definitely going to go in a different direction, but it won’t be good.

I think I feel this election more seriously, having close ties with a major state school, and seeing how Corzine rallied for protecting jobs there. Joblessness in NJ is high, around 9%, but it still less than other states battling the same problems. For state employees, pay freezes and Furloughs have saved many jobs, including my own. We’ll see whats ahead in the years to come, but I definitely don’t see this as being easy.

One more thing people keep doing that is annoying. Stop trying to relate this failure back the President Obama. Seriously?? Corzines failure is his, not the presidents.

One thought on “NJ Gubernatorial Race: Chris Christie is Governor-Elect”