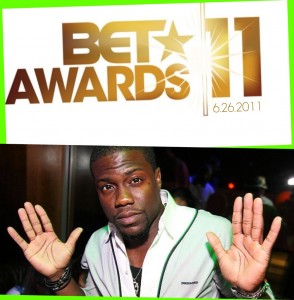 Last night I caught the tail end of the BET Awards. And I watched along with my Twitter Family, which was full of comedy and great laughs.

But while watching the shenanigans and laughs, I realized. BET is not the enemy. Now, I am no stranger to harsh BET critique. But,  in the shower this morning. I realized that they are TRYING. And all we can do is try right?

Do I think the quality of programming has sunken since selling to Viacom? YES.  However, that isn’t anyone’s fault but VIACOMS. Actually, I don’t blame Viacom. I blame us, the viewers. (well you all). You don’t watch these shows, but you flock over there to  VH1 and their ratings go up and BETs go down. BET can’t sell ads for half as much as VH1, therefore they can’t put in any money into shows.   As much as we can talk about Debra Lee and her press and curl and her shaky voice, she is doing what she can with the resources the provide. At the end of the day its a dollars and sense game.  D.Lee is doing what makes sense to her, and that’s trying to give you what you think you want. You should really be mad at the man who sold  BET.

What other network tried to save the beloved show, The Game? NONE. So yes, you may feel the show “fell off” since coming to BET, but they bought back a show that a major network canceled. What other network did that? The only show that suffered a semi-similar status was Friday Night Lights, which was saved through a deal with Direct TV and CBS a few years back. Do we wish Girlfriends had been extended, absolutely, but it was wasn’t. In the words of Beyonce, Boo hoo. GET OVER IT. Can we let the past go?

I’ve realized that black people are incredible unsatisfied with whatever you try to do. They want more black shows, so BET tries to give it to them, but they dog them and then don’t watch them. Instead they flock to shows like Basketball Wives. If you don’t watch the shows, they can’t get money to become more than low budget. And then, they criticize the hell out of the perception of black people on major network TV shows. I know I intend to tune in to their latest show, I don’t recall the name, with Joan Clayton and Theo Huxtable. Will you?

Which way is up here?

I think the same goes for Tyler Perry. While I am personally not a fan, he is NOT the enemy.The more people support Madea in the media, the more he gets paid to make her. If you had a problem with Madea and him dressing in drag, you’d stop supporting. But you don’t. You pay to watch the movie, or netflix it, or bootleg it, therefore showing him that this is a lucrative character. And even if House of Payne and Meet the Browns is a show that makes your skin cringe, what screen play did you write? What show did you script? What actors have you hired out of retirement?

Sorry. Had to vent on it.