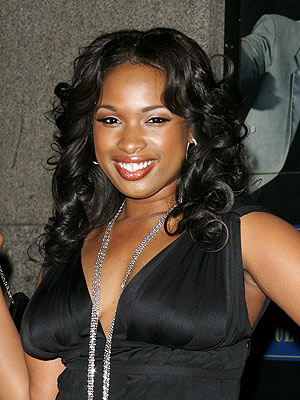 Wow. Just really fucking wow is all I can say to the recent tragedies that have happened to Jennifer Hudson. The loss of a mother, brother and nephew are tragic in solitude and combined together is a recipe for extreme disaster. If she’s never heard from again its understandable but still tragic because despite it all people would love to see her succeed. Especially for her lost loved ones. There has been so much talk about how she should have known to get out the hood once she got a little fame and fortune but so many are shunned upon for doing just that. Why should money equal a move to the burbs? She should uproot her family because she got fame now. And fame doesn’t alwyas equal riches. I’m sure American Idol has some serious contracts with her earnings. Why should she bear the burden of financing housing for her mother, brother, sister and so.  Her mother, yes that’s understandable and yeah you want to help everyone who’s been there for you out, but buying everyone a house in the burbs, or even having everyone live in your house is a bit much.  If I ever make it semi big of course I’ll make sure my grandmother lives comfortably, but if that wish is to stay in her senior citizen apartment who am I to deny that? I can make sure her rent is paid every month on time and she doesn’t worry.  We don’t know the situation there, and even then she shouldn’t have had to leave her home if that wasn’t her choice.  However  if this was truly a domestic disturbance, as most news agencies are reporting, then no matter how far they were from the “hood” it still would have happened. Violence is not condemned to the hood, that’s just where they report it from to perpetuate fear in the world.  Other people have said her sister should have known not to be with a thug, especially with a young son. But like Brittany Spears showed us, you can take the person out the environment, you can’t take the hood/trashiness out of

But no specific blame went to the accused. Granted, this is America, innocent until proven guilty, and I’d really hate for the wrong person to go to jail for this heinous crime.  Whoever is at fault, they need to realized that we, as humans, are not in the proper practice of deciding who’s lives to take.   I don’t care what the sister brother or son did why kill them all-and a child especially. Killing an innocent child is instant death penalty to me (and I’m not sure I even support death penality.) It shouldn’t be a life for a life, however he should be penalized for his lack of respect for human life.  THREE LIVES! Now this girl, and Jennifer Hudson,  has to live her life without a son, a mother or a brother. I’m not even close to my mother and I am an only child and I feel her pain. Loss is an emotion we can all sympathize with. J Hudson is probably sick of  people offering well wishes, especially people she doesn’t know, but I really hope she doesn’t fade into the background due to this. I really am hoping for her strength through these times. It’s not something you over come, but something that you learn to live with.  Each day without the person will be hard, sometimes gruesomely hard, but as her recent stroke of luck has shown she’s a star-so please continue to shine girl!