I really am scared for what awaits people in 2009.  I say this because people aren’t nearly as nice, forgiving, or even understanding as they once were-myself included.  Everyone is driven by money, rage, or sex.

Two crazy things happened to me over the past two days, and I’ve only left my house about 4 times this week.  So that means a lot to me.  And I  know that sometimes I’m in my own world but these things just happened in too close of succession. The first bares no need to be mentioned in lengthy detail, but the end result was a store (KRAUZER’S DELI) called the policia on me because he gave me the wrong change.  Now, I didn’t realize it until maybe an hour later, soI went back to try and rectify the situation.  The young man decided to call the cops vs. calling his manager to handle the situation. The cops come, and after a few minutes of debate he gives me my money. why would he rather call the police than the manager? I don’t know.  Why did he feel a 5’5 girl in fingerless gloves was a threat? I don’t know.  I didn’t go in there screaming and yelling in an ignorant manner either.  I stated the facts, which could have been verified by counting the register.  This story is just the catalyst for my feelings. 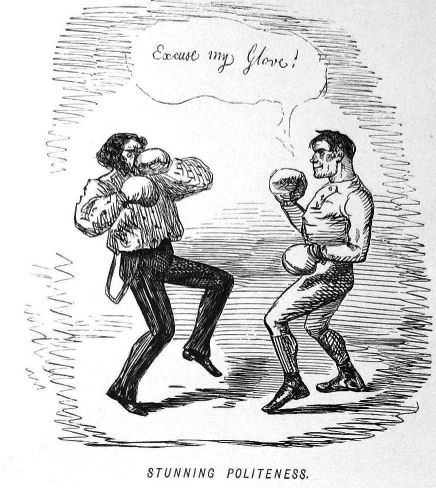 Today, I’m driving back to the store (yes, the same deli) to get some newspaper to wrap my dishes for my impending move. So on my drive I get stuck in little bit of traffic.  At one point the traffic moves about 3 feet.  I did not let my foot off the break to move 3 feet when there are about 25 cars between me and the light.  So the car behind me beeps out of aggravation for being 2 feet further away from their destination.  So, in my wtf are you thinking mode I flip them the bird.  Jersey drivers know that one of the standards of driving here is being able to have a quick bird finger, LOL. Said driver flashes me a few times in broad daylight.  So I continue on my quest to get my papers.   When I pulled into the parking lot at the deli the car swings around the corner into the parking lot too and pulls up near my driver side window.  She rolls down her window and just starts yapping, so I roll my down out of courtesy for what she has to say.  She proceeds to tell me i didn’t have to give her the finger.  I say to her

“It’s not that serious it was 3 feet.  You can ruin your brakes continually stop and releasing but I’m ok. ”

Her: “it doesn’t matter.  I’m trying to be nice about this, someone else would come and snatch you out the car.”

ME: “well it obviously does matter if you felt the need to drive over here and tell me.”

So after she continues to verbally assault me, I roll my window back up while she’s talking, eventually she gets the point and drives away.  Now, I know that sometimes I can be an asshole especially when provoked.  I probably shouldn’t have given her the finger, but I don’t take kindly to being beeped at for no reason.  If  I was driving recklessly, by all means beep at me. But for not moving 3 feet-lady relax.  But this all got me thinking about just how mean. selfish, and even intolerable people are these days.

It used to be a thing where it was people who lived in bigger cities had a certain edge to them, but I’m starting to feel that even people in not so big cities are being driven to the edge.  I mean over the holidays we heard so many stories of rage, deceit, robbery, and murder.  HELLO! A man dressed as Santa shot up a house and set it on fire.  These are definitely signs of  troubled times! Is there a way to help people realize that you can be skeptical and cautious of others with compromising your manners and common courtesies? By no means am I saying that I am the paradigm of civility, because I get tired of being nice to people who don’t deserve it at work.  But I do try to be  nice to all the people I encounter-the gas station attendants, pharmacists clerks, and food servers.  Even if that person isn’t up to my personal standards of good customer service, I find no need to be rude unless provoked.  Hopefully 2009 is a better year for peoples communication skills, but honestly is that possible? Less money is in circulation these days, and less money means less happy people.  🙁

One thought on “New Jersey Drivers: Driving with RAGE”