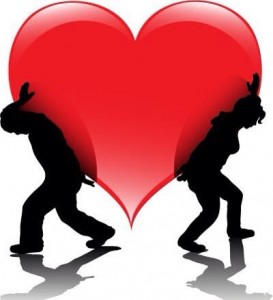 Their is the timeless argument about men, women, and who pays for the date. Many women, myself included, feel a man should pay. Some men feel that women should pay. Especially in this age of Ms. Independent. Now, I work hard and I don’t really care who knows it, but I’m not one of those women who boasts about how she has her own. In fact, every time I heard that song by Jamie Foxx, Fabolous, & Ne-yo I’d cringe when he said “she takes pride knowing she paid for it.” Not that its a stupid bad thing but not everyone enjoys that. Personally I’m happier when I’m using something that was a gift, it makes me feel like someone loved me enough to buy me something they knew I’d enjoy, like my Keurig coffee maker.  Or a piece of jewelry. It loses its luster knowing I bought it for myself (and probably the reason I don’t buy myself jewelry).  Every time I use it I think of the person who bought it for me and it brings a smile to my face. I never got the girl who always had to boast about what she did for herself, NEWSFLASH: YOU’RE SUPPOSED TO TREAT YOURSELF GOOD! You don’t get a reward for doing what your supposed to do. You’re supposed to keep a roof over your head and clothes on your back,  its essential to life.

OK, back to the topic at hand: Dating in the new world. Guys are starting to feel that women are equal to them in terms of money and etc., so they should be paying.  And I can’t blame them for feeling that way when people are screaming it down their necks. I was listening to The Ed Lover Morning Show the other day and a listener called to ask about this same thing.  She asked why do guys want you to put out after they paid for a few dates or something along those lines. And Ed simply broke it to her: In dating, just like anything else in life, people want a return on investment. If you are NOT Interested in this man beyond the friend zone, let him know so he can go get a return on his investment somewhere else. And I can’t say that I disagree. I mean, when your just getting to know a guy, sure its fine to let him pay, but once you make that decision that you don’t want to take it to the next level with him, its not fair to expect him to keep buying you dinners and even gifts, especially in this recession. It’s just selfish.  I remember there was one time I wanted to go out. I was sitting at home bored really craving some T.G.I.Fridays. I also happened to be a little strapped for cash. So I didn’t want to call up a guy and invite him out because if you invite someone out, you have to be prepared to a) go dutch or b) pay for the outing yourself. So I had to ignore my Friday’s cravings that night. Do I think it would have been a problem finding someone to pay? Probably not, but its just not proper etiquette in my opinion. But every girl likes to feel wanted by a man, and they like to know they have someone who will do it for them.

Its pretty girl syndrome.  Everyone knows a girl like this. Pretty girl syndrome sufferers are chronically  late, they almost always have a guy on stash (even if they have a boyfriend) who is willing to give them money or take them places or get things fixed whom they’ve never had sex with. These people are simple enamored by their beauty and love to be in their presence. The pretty girl knows this and takes full advantage of it.

My suggestion? Hell, I don’t think I have one. OK, I’m lying. I’m all about being courted and I won’t take a guy seriously unless he courts me. That means paying for dates, opening doors, and being a gentelman. Now, I’m not saying you even need to spend a lot of money. I enjoy bowling nights, happy hour drink specials, buying dinner and I’ll cook it. Now, being that you’re courting me I should act accordingly. I won’t snap at you in public nor will I gawk at other males in your presence. I will listen to your ramble on about yourself. I think girls need to cut all this bullcrap about trying to be “equal” and having “sex like a man” with no attachments because its just stupid! Stupid I tell you! It’s not as easy as it appears and most of the guys who are out there sleeping around are searching for something they just haven’t found yet! I definitely don’t want someone to expect me to pay for dates, or even ask them out. Just stop it ladies.. don’t make it bad for girls like me 🙂

4 thoughts on “Relationship Role Playing.. Do we really want to be equal?”