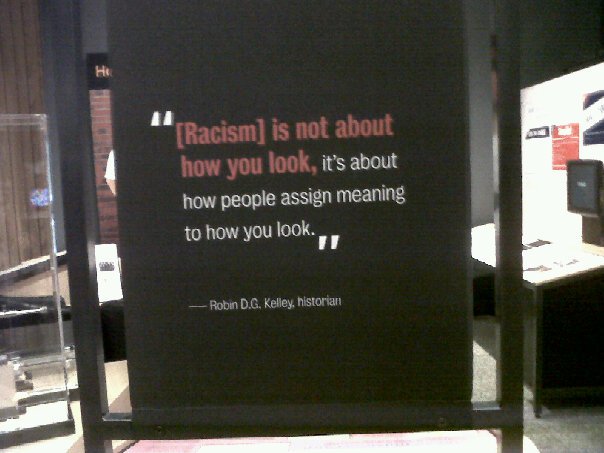 My colleague posted this photo to her Facebook account today and I immediately tagged myself in it. I think its extremely thought provoking and I need to go to the racism exhibit she visited in Boston this weekend. She mentioned how they had a  part of the exhibit where they took people of different ethnic/racial backgrounds and changed their skin tone but none of their features to see how people would identify them. According to her the results will shock you. It led to an interesting discussion on bone structure and racial identity.

Racial identity is something I think about, probably because me and my friends joke that I’m racially ambiguous, but I identify as a young, black woman. Whenever someone asks “What are you?” and I reply, “I’m just black” they are never satisfied with that answer and then pressure me to “admit it, you’re something else” Or they might even say, “Well you mom and dad might be, but their parents aren’t.” I know that I don’t look “just black” but it bothers me that people don’t accept that answer from me, because being black, you’re blessed with being so versatile and beautiful at any shade.

Here’s a rare photo of me: 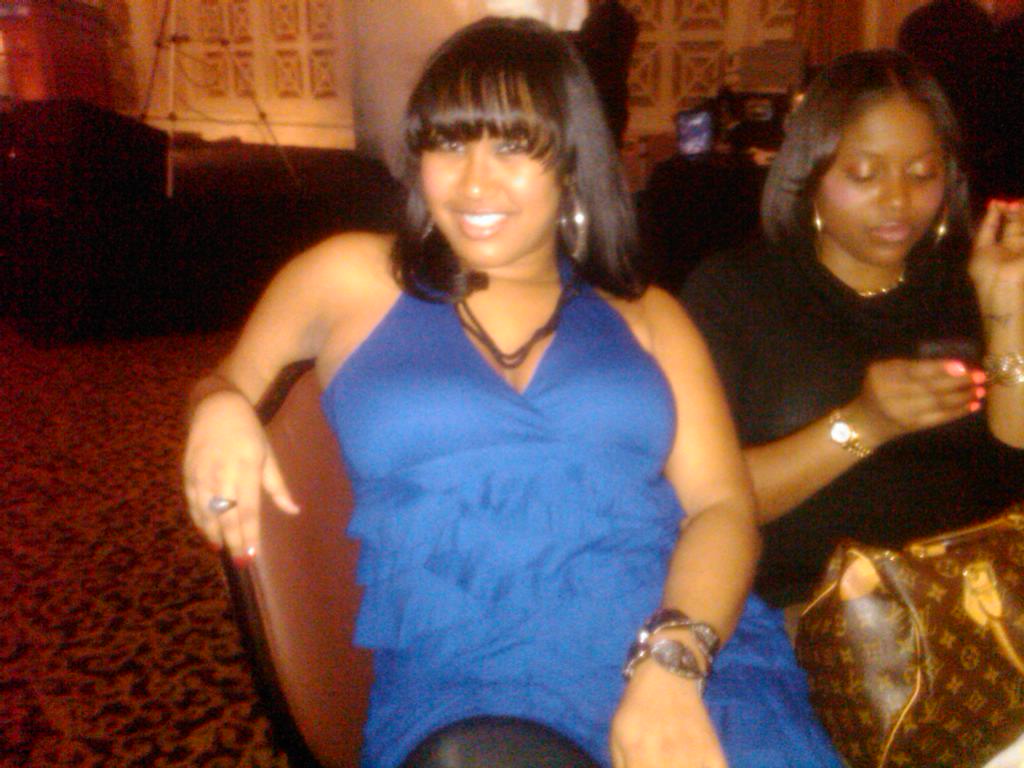 I think that a large part of racial identity depends on your upbringing. Sure, I may be mixed but I was raised in a “black” household, with black grandparents and a black family, so being black is ALL I know. I get tired of people trying to place me in a check box. I do not check other or bi-racial on my census forms, I check BLACK, not of Hispanic origin (because that’s important I guess)

3 thoughts on “Racism is still a.live”