NEWSFLASH: YOu do not get my friendship as a consolation prize.

What I mean by this is you (particularly a man) who may have been interested in dating are not allowed to keep talking to me every day on the basis of “I thought we were friend” if either myself or you are not interested in the other person any longer.

Back Story. SO a few months ago my friend pressured me to join an online dating site. And I did it, reluctantly. I exchanged numbers with a few people and I met a few people. Maybe I will share some stories. 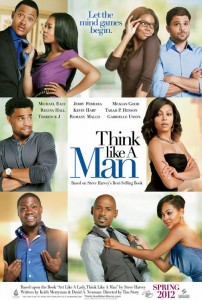 This “friendship” person.. was someone I exchanged numbers with. We talked on the phone a few times and had great conversation. We talked about things from television shows to education policy and the disportionate numbers of AFrican Americans in education. Conversations would last for hours.. But we’ve never actually MET.

One day, I was browsing Target with a friend and I get a text that says what are you doing? I told him that I was in Target and he asked which one. Nonchalantly I tell him which Target location. He tells me that he is going to come to the Target. So, I was weirded out a little bit. I was reluctant to tell him what aisle I was in or any details, but I did. Later I got a text like “wow, you are really pretty. Very cute..” So I’m like uummm OK. That’s kinda creepy mccreeperson that you saw me and didn’t speak. He says that since I was with a friend he didn’t want to introduce himself.  Weird, but whatever.

Fast Forward. A day or two later we are on the phone, its around midnight or close to it. He says oh lets meet up. I say no, not at this hour. It’s too late to meet someone, off the internet, for the first time. I’d rather have more warning, give a friend a heads up in case I show up in a ditch tomorrow. He tells me that well, he’s gonna be stubborn and we won’t ever meet before 11pm. Um. Sir. You don’t get to decide this.  And, I am just as stubborn. He seemed to think he would show up to where I was one night I was out or something..

So our conversations began to dwindle and we didn’t talk as much. But he would continue to text me daily. Almost daily. Hey how are yous? Telling me how he was going back to work (as a teacher and the school year started) Finally I had enough of these shenanigans. So I sent him a text that said either we are or are not going to meet at a reasonable hour. Soon. at a reasonable time. Because this whole text game of hey whats up and how are yous is getting old and so .. we either need to make it happen or cut it out. To which he says “I thought we were friends?”

SIR? In what world? And I kindly asked him, why would you think that? Anywho,we get into this convo and I just feel that NO, you don’t get to be my friend. I am not looking for new friends. I don’t want a “come over and chill friend” or a “i’m just not ready friend” or the “i really like you but” friend. The only FRIEND I want, is a boyFRIEND. And even though I want a boyfriend. I am not desperate for one. I am perfectly fine in this nice world I’ve crafted for myself.

This experience, and several others, have taught me SO much about what I am willing and not willing to tolerate during this ADULT dating process. My friend told me I’m expecting too much to ask a guy to call me or talk on the phone. Its too much of a commitment. If you can’t spend time with me on the phone or in person, HOW THE FUCK ARE WE SUPPOSED TO DATE??? I never read Steve Harvey’s Think like a Man, but I do believe. If you want to be treated a certain way, you have to demand it. Show that you will not take less. Standards, get some!

2 thoughts on “Standards: GET Some”